During his 30 year career as an investment banker, Jack Meredith has seen it all. For every business that he has seen growing too fast, he has seen a hundred that unknowingly keep “the brakes on.” He has known extremely sharp men and women that can’t seem to get out of their own way. Conversely, he has known many resembling Mr. Magoo that have accomplished amazing things. Mr. Meredith has observed and identified very specific patterns in the subconscious modus operandi of entrepreneurs and CEOs. Over the years he has been referred to as an “M&A Psychologist” or “Deal Whisperer and a “CEO Whisperer.”

His insights translate into:

• Increased growth and profitability.
• Increased passion, inner peace, and sense of satisfaction along the way.

Please note: Mr. Meredith only engages in limited and select consulting/coaching relationships at any given time. He only does so with individuals who are committed to radical change both professionally and personally.

Most entrepreneurs and CEO’s are unaware of how dramatically their personal beliefs about themselves and about life, in general, are affecting their ability to grow their businesses. These beliefs are found in the subconscious and play a major role in determining one’s level of business success and personal sense of satisfaction. Left unexplored one’s underlying belief system frequently leads to self-doubt and a chronic state of feeling overwhelmed and exhausted. One’s business brings one’s personal issues to the surface the same way one’s marriage does. Simply put…most human beings just need to learn how to get out of their own way.

What’s holding back the growth of your business? You are and it’s happening in ways that you’re not even aware of. Stop blaming the economy, your employees, the regulators, the banks, the shareholders, pricing pressures, increasing costs, your spouse, the man on the moon, your customers, your suppliers, etc. etc. Simply put…most human beings just need to learn how to get out of their own way.

Why would two equally intelligent, talented, hardworking, and motivated individuals, with identical goals and identical opportunities, have enormously different levels of success? Is one simply luckier than the other? No. The answer is found deep within the subconscious of these two individuals and this is an area in which very few individuals want to delve. It takes a great deal of commitment and courage to do so. Do you have true clarity as to what you actually want and why you want it? Very few people do. Who are you? Are you over-identifying with your business? Is it defining who you are? Who would you be without it? You just might have a dysfunctional co-dependent relationship with your business. The trickle-down effect of this effects every aspect of your business and your success… Especially your employees.

Jack Meredith has profiled CEO’s and entrepreneurs and identified four distinct types of patterns that must be dealt with.

1. Manic rapid growth leading only to a crash and burn. Yes, a business can grow too fast. However, for every company he has seen with this problem he has seen 100 that could and should be growing must faster.

2. Are you having trouble comprehending the concept of growing too fast and can’t even imagine having that problem? Maybe you have the breaks on and don’t even know it. What are you waiting for?

3. Are you stuck in a cycle of good steady growth only to be followed by a pull back? Do sales always seem to peak at the same level before the pullback?

4. Do you accomplish great things and then find that somehow it all seems to implode and evaporate on you? Are you always having to reinvent yourself and starting over?

These patterns are related to your comfort zone. You think you want more growth and stability but subconsciously you sabotage it. This is intertwined with your fear and self-esteem. You might even be addicted to the uncertainty, instability and chaos. It has become your “normal.” How did your subconscious come to believe that uncertainty, instability and chaos are normal and what you deserve? The patterns don’t belong to your business – they belong to you – and you must own up to them. Are you deceiving yourself? It’s lonely at the top – do you have people around you that are willing to say things that they know you don’t want to hear? What’s the story you’re telling yourself about why your business is not where it should be? Your story may be logical but it’s still just a story and it’s probably also exactly what is holding back you and your business. If you’ve read this far you probably fit into one or more of the four categories above.

What’s your modus operandi? Is it sane or insane? How do you know? Delving into the psyche and how it is inhibiting growth and profitability is especially challenging for the “robust” ego of most entrepreneurs & CEO’s. Doing so, however, will yield tangible results 100% of the time. These results can be enormous and can happen rapidly. The magnitude and velocity of the results is directly related to your willingness to get real with yourself. 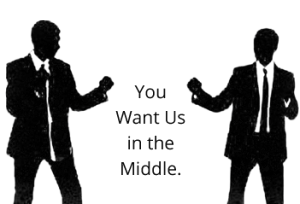 What are your needs and objectives? We are impeccable at maintaining confidentiality.
561-450-5519
Send a Message